The MS Dockville Festival in Hamburg invited us to do several installations over the weekend (15. – 17.08.2014). The large-scale projection on the “Rethespeicher” was without any doubt the eye-catcher of the five installations we did. The “Rethespeicher” has a size of around 170×75 meters, posing a perfect canvas for the artworks and projection mappings which were designed to fit to the architecture. The idea for the second largest projection was born on site, leaving only 2 days for the preparation and installation of two 10.000 Lumen projectors on top of a 30m high tower. The target was a 50m tall silo. The soft-edge projection was mapped to the convex shape to minimize perspective distortion. The animations, which could be seen perfectly from the crowd approaching the festival through the main entrance, included the line up of the MS Dockville 2014. 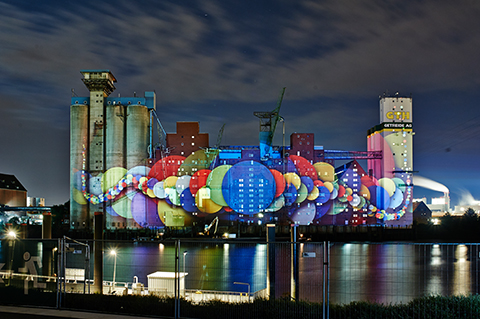 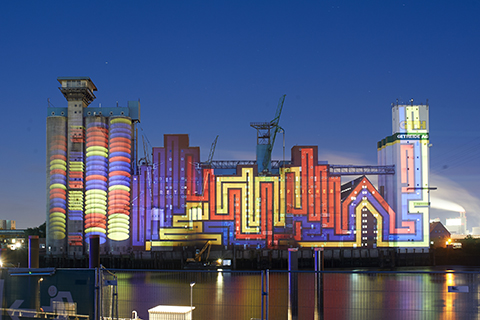 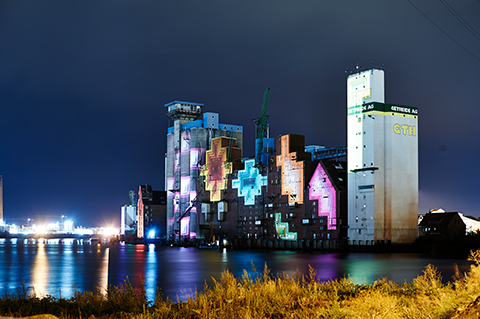 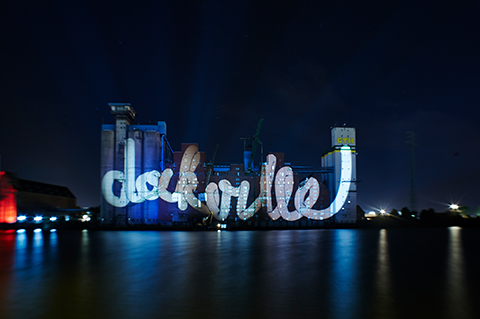 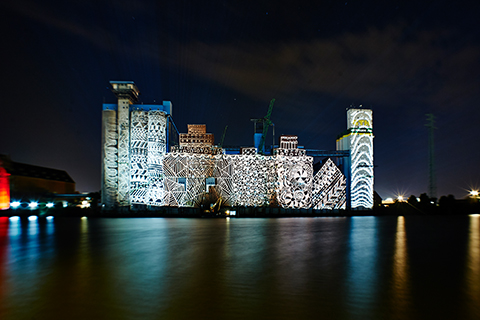 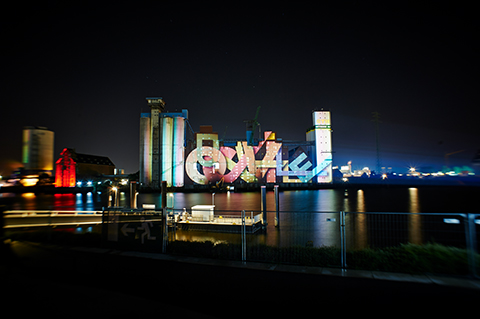 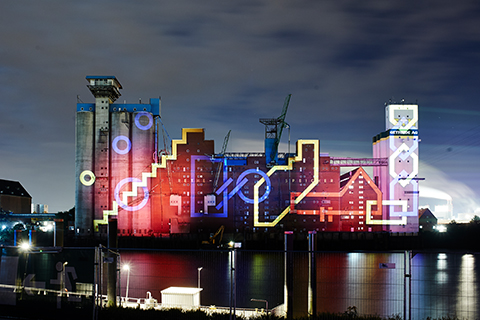 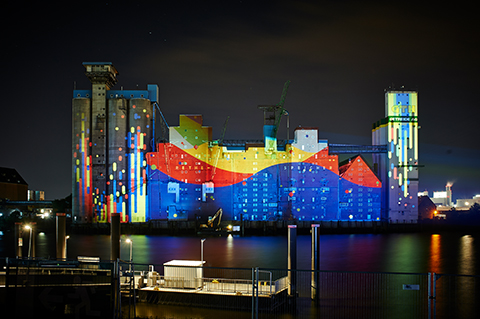