To celebrate the 25th anniversary of the architecture department at the State Academy of Art and Design in Stuttgart, the international two-day conference „This is how we do it“ took place. The aim of the project was to give a lecture on the theme of architectural education in general and to discuss the contents. The focus was on regarding the State Academy to other kinds of universities, and on the question of free development.The two graphic designer Christian Nicolaus and Ute Mueller-Schloesser developed the title „This is how we do it“ as well as the relating concept and visualization of the event. The concept and animations for the projection mapping were developed by the Stuttgart based visual artists Lichtgestalten. The basic approach for the graphic design plays with the concept of ‚unfolding‘, particulary regarding the development of ideas and workflows in the context of different philosophies of architectural education. Eventually Christian Nicolaus and Ute Mueller-Schloesser found a way to combine the opposing phrases „This Is How We Do It“ and „This Is How They Do It“ on the cover of the invitation card with a special folding. The same folding structure was also used for the poster, so that the visible content depends on the perspective of the people passing by. The projection mapping itself was developed to further extend these ideas. Using light and shadow, a virtual light source floating in ‚front‘ of the installation revealed the contents of the poster. The installation consisted of one printed poster in the center and two blanc canvases on the left and right. As the projection was accompanying the talks, we decided to go for a subtle approach. Playing with light/shadow and printed/projected media allowed us to create a canvas to play with illusions and contrast, highlighting the structure without distracting from the content. 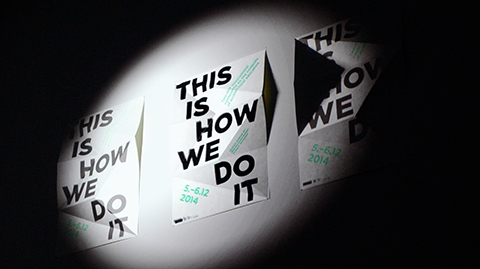 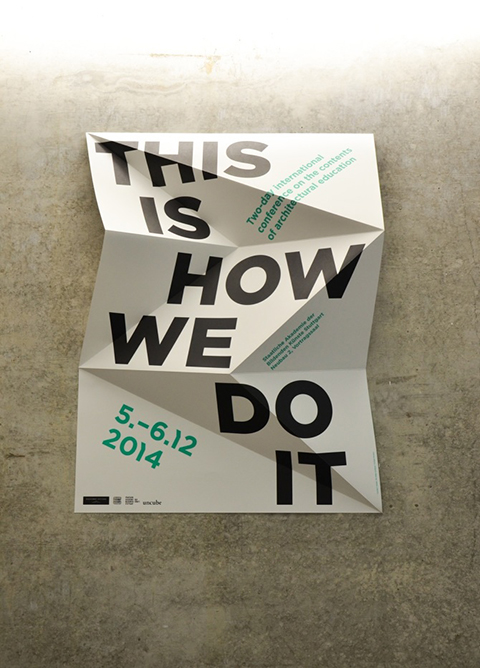 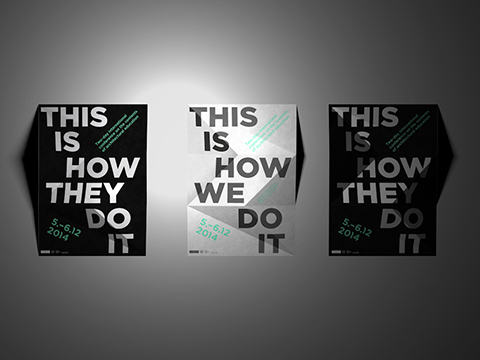 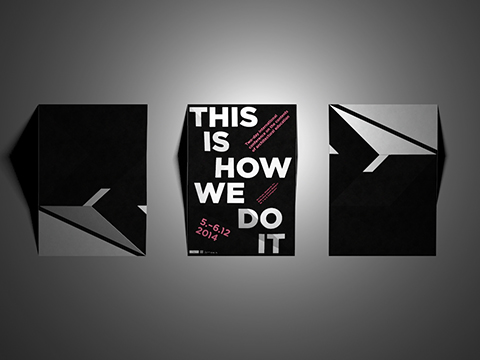 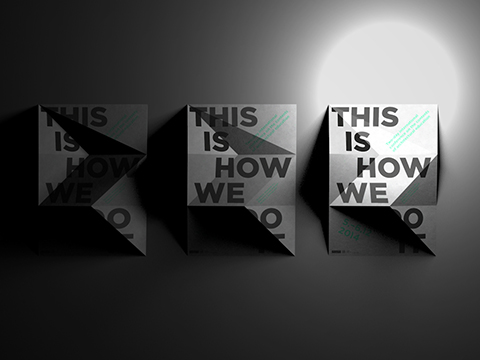 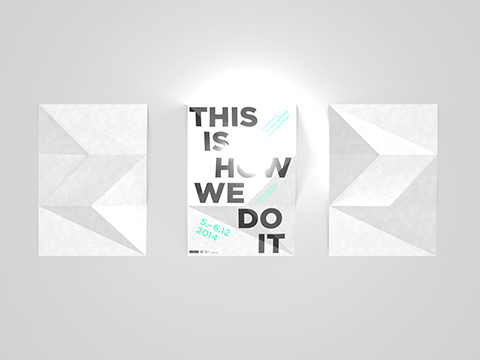